CQ’s community of practice specializes in mobilizing knowledge that is provocative, engaging and socially relevant. Its members have expertise in innovative arts-based, digital media and narrative approaches to research, as well as publishing and speaking about critical qualitative health research within the academic community and beyond.

Storytelling, theatre and other arts-based projects have brought new ideas and knowledge to patients, health-care workers, policy makers and the general public. Along with producing content that is accessible and resonant, these projects engage people and communities in innovative and participatory ways that go beyond traditional patient education to improve health. Examples include photo exhibitions, theatre performances, and participatory advocacy.

The considerable attention that CQ fellows’ research has attracted from policy makers, the media and the arts community, further illustrates the need for and interest in innovative knowledge mobilization. Finding innovative ways to mobilize knowledge emerging from critical qualitative research is thus an essential component of CQ’s approach to doing science differently.

Using clowning, music, dance and theatre, Dr. Pia Kontos is challenging assumptions about people living with dementia. Collaborating with artists has enabled Dr. Kontos, a critical social scientist and CQ Fellow, to develop innovative practice changes in health-care settings, along with creative productions that have been well-received by policy makers, the media and the general public. 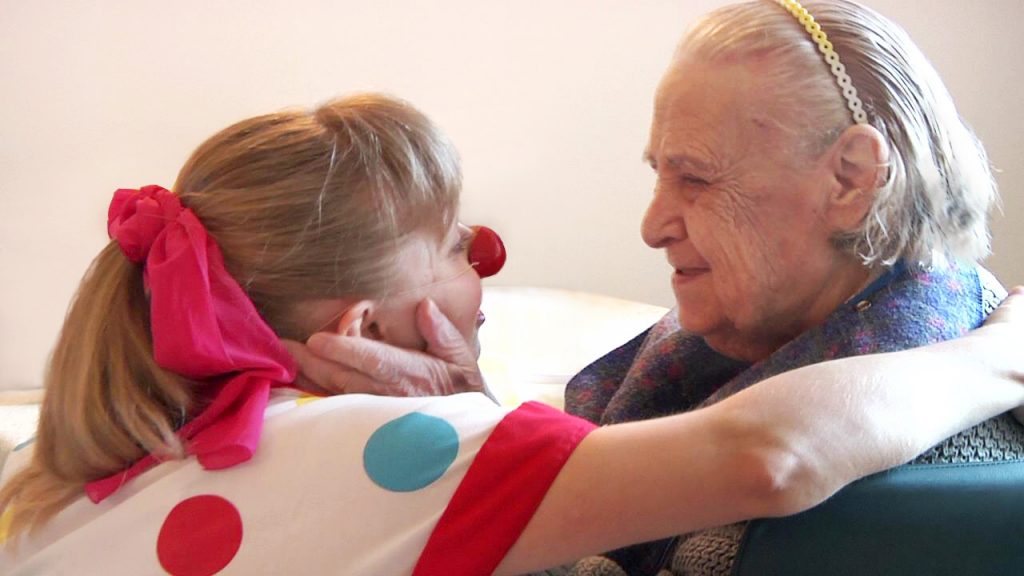 “All of the work that I’ve done is really about helping people to see the ways that people living with dementia can express themselves in meaningful ways, and the moral imperative that that be supported,” says Dr. Kontos, a Senior Scientist at the Toronto Rehab Institute – University Health Network and Associate Professor at the Dalla Lana School of Public Health, University of Toronto.

A project that brings red-nosed clowns into nursing homes, for example, has led to remarkable changes in the daily lives of residents.

“The elder-clowns are professionally trained actors who are then trained in the art of clowning, and it’s just magical what happens. They just go wherever people are, they don’t take residents off the unit and engage them for an hour and then disappear: they sort of become part of the fabric of the organization, and it’s really incredible.”

Through academic publications and media coverage, elder clowning also serves to demonstrate the capacity of people living with dementia to express themselves, and the importance of supporting them in doing so.

Dr. Kontos and her colleagues have also shown that elder clowning has important health outcomes, such as reduced agitation and significant improvements in quality of life. However, it also challenges the notion that art is merely another clinical intervention.

“Why can’t the arts be fundamental to every aspect of their living? So that’s what I’m trying to advocate with the clowning”

“It’s critical in the sense that it’s challenging the whole art-for-therapy culture,” she says. “Dementia is so medicalized that even where the arts are brought in, it’s for therapy. So you have dance therapy, you have music therapy, and there’s this very disturbing artificial separation between how people with dementia are being engaged in the arts and their life in nursing homes. Why can’t the arts be fundamental to every aspect of their living? So that’s what I’m trying to advocate with the clowning.”

Advocating for change at a fundamental level is an important part of Dr. Kontos’s work. As such, conceptual and empirical research is foundational to her creative collaborations.

The relational philosophy of caring has also informed other arts-based projects that aim to bring the stories of people living with dementia to wider audiences.

Working with a group of professional actors, Dr. Kontos and her colleagues developed Cracked: New Light on Dementia, a research-based theatre production. Based on the stories of people living with dementia and their families, the play challenges the common narrative of dementia as an unmitigated tragedy. 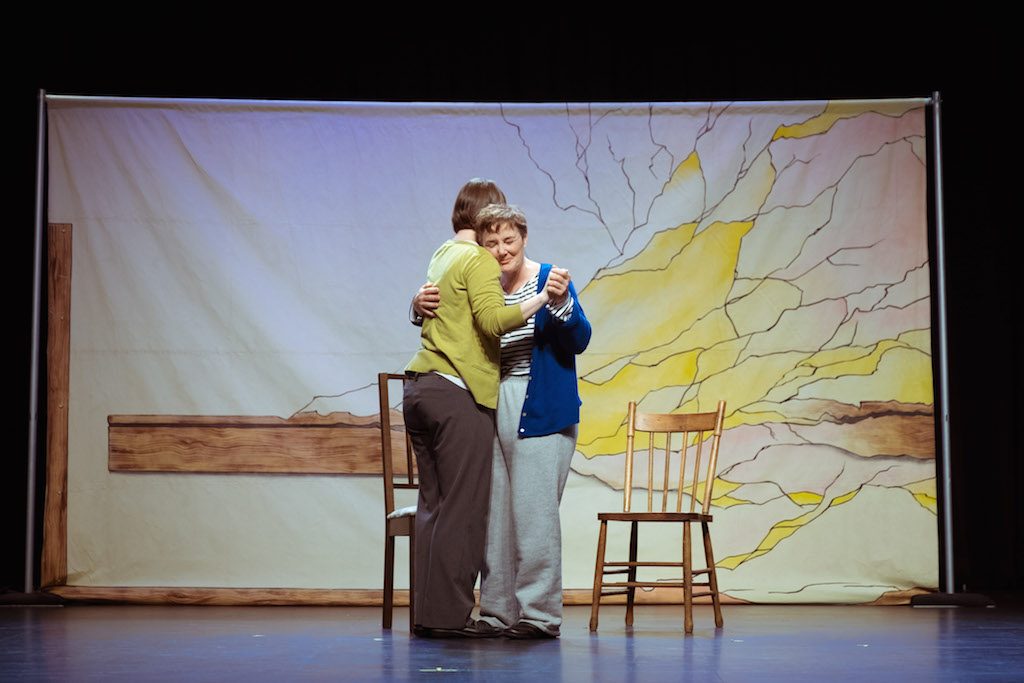 The title, “Cracked,” is inspired by a verse by Leonard Cohen, which can be seen as a metaphor for the importance of questioning taken-for-granted assumptions: “There is a crack in everything / That’s how the light gets in.”

One of the actors, Jason Chesworth, said the production had a unique impact on audiences, which was evident from the comments in Q&A sessions held after the performances.

“After every single performance we heard the words ‘powerful’ and ‘deeply moving’ from multiple audience members,” he says in a profile for the Partnerships in Dementia Care blog. “They asked us (actors!) how we thought we could begin to change the issues that we address in the play. Thank goodness there was always a researcher on hand to field those questions! We, the actors, we’re merely there to tell the story. The researchers are the ones who have done, and continue to do, the heavy lifting.”

As with all of Dr. Kontos’ projects, the emphasis in Cracked is on the importance of strong relationships, grounded in alternative ways of thinking about dementia. The arts provide a powerful means of reaching people throughout society, while critical qualitative research does the ‘heavy lifting’ of understanding harmful assumptions, problematizing them, and offering alternatives.

“There is an assumption that people living with dementia are not people, because they’ve lost their memory,” Dr. Kontos explains. “And memory is presumed to hinge on cognition, so if cognition is impaired, then that threatens one’s sense of self. What concerns me is the implications that has for how people with dementia are treated.”

relate to people living with dementia”

The relational philosophy of care that arises from this concern is focused on embodied self-expression, a concept that Dr. Kontos has developed to challenge biomedical reductionism and the de-humanizing assumption that selfhood is a function of cognitive memory.

“It’s not just changing perceptions, it’s actually changing the way that people relate to people living with dementia,” she says.

After its positive reception from audiences, Cracked was professionally filmed, garnering further attention and giving its message a further reach. The film was launched at the Hot Docs film festival in Toronto with 600 people in attendance, including the Minister of Senior’s Affairs.

“It really was incredible,” says Dr. Kontos. “I think everyone is touched by dementia in some way, and so the theatre work has been a really powerful way to translate the critical-qualitative health research that I’ve and colleagues have done into a framework that’s very meaningful and relevant and acceptable to the general public.”

To learn more about elder clowning, see the profile of Dr. Kontos in Dementia Connections:  https://www.dementiaconnections.ca/blog/2018/3/5/breaking-new-ground