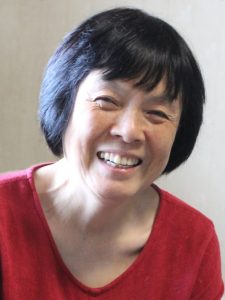 To view Ping-Chun’s profile in the Department of Sociology at University of Toronto, please visit this link.

Ping-Chun is a Professor in the Department of Sociology and a member of the Asian Institute at the Munk School of Global Affairs, University of Toronto. She has conducted ethnographic research on gender, family, and economic development in Taiwan; the state and women’s status in China; and community organization in Taiwan. Her book, Living Rooms as Factories: Class, Gender, and the Satellite Factory System in Taiwan has become a classic on social change and gender relations in Taiwan. It has recently been translated into Chinese and published in China. Her co-edited volume, entitled Chinese Women Organizing: Cadres, Feminists, Muslims, and Queers, is the first book to include dialogues between academics and activists inside and outside of China about women’s organization within the country.

Since the early 1990s, she has led training workshops on Qualitative Research (QR) presented to the first cohort of feminist scholars and activists in China; collaborated with academic scholars to establish the first women’s studies program in key Chinese universities; and supported teaching and research regarding QR in China and Taiwan. In the last two years, she has engaged in dialogue with Indigenous scholars in Canada and Taiwan, and researchers in Germany, about qualitative methodologies and epistemologies. Her general inquiry into QR and her contributions to the development of QR in China are partially demonstrated by her English and Chinese publications.

At the University of Toronto, she has gained extensive experience in teaching undergraduate and graduate courses on QR and qualitative interviewing. She has received four university-wide teaching grants to enhance and assess pedagogical practices in QR. The on-line courseware she has developed, entitled Lives & Legacies: An Introduction to Qualitative Interviewing, covers theoretical and technical issues involved in qualitative interviewing. Her paper, ‘Teaching Reflexivity in Qualitative Interviewing’ (Teaching Sociology, 2008, 36:211–226) shares some of the pedagogical strategies she has developed and employed.

Ping-Chun’s current SSHRC funded research on investigative research during China’s Great Leap Forward (1958–1962) focuses on the politics and practices of knowledge production and reproduction in realizing a Chinese socialist utopia. Her goal is to map the chronological development of social science research in China.

“Dr. Hsiung, thank you for an interesting course; the enlightening lecture and discussions; thank you for sharing your insights, having the class share their insights, and for dispelling my fear of qualitative research theories and methodology.”

Ping-Chun Hsiung, “The Outsider Within and the Insider Without: A Case Study of Chinese Women’s Political Participation” , in China’s Developmental Miracle: Origins, Transformations, and Challenges (ed. Alvin Y. So), pp. 161-82, Armonk: M.E. Sharpe, 2003.

Ping-Chun Hsiung, “Between Bosses and Workers: The Dilemma of a Keen Observer and a Vocal Feminist,” in Feminist Dilemmas in Fieldwork (ed. D. Wolf), pp. 122-37, Boulder: Westview Press, 1996.